Introduction to eCommerce in China

This past weekend, I needed a new book to read so I turned to my bookshelf where I collect all of the books that I’ve read and that I want to read. I always have a backup of new books and one in particular caught my eye…”Alibaba’s World: How a Remarkable Chinese Company Is Changing the Face of Global Business.”

I had received the book as a gift this past Christmas from my parents as they know how passionate I am about eCommerce and global impact, on any level. I was familiar with Alibaba given its recent hype with its IPO in the states, but I didn’t yet know the full story of its founding.

As someone constantly inspired by the lives of other visionaries and the international impact that they are able to have, I knew that it was the perfect book to start reading. I’ll admittedly say that I quickly got hooked on the read and finished it within a week.

Porter Erisman: The Author and Point of View

I dove in and quickly found out that the story would be told from the point of view from Porter Erisman, one of the 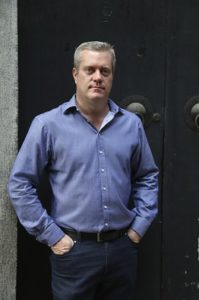 first westerners to work for Alibaba. Throughout the growth of Alibaba, Porter would be the one to handle most public relations, advertising, and marketing initiatives.  Porter worked extremely closely with Alibaba’s key founder and CEO, Jack Ma, as the company grew from an importer/exporter/supplier platform to a dominant company with branches specialized in B2C eCommerce, search, finance, and media.

Porter is a perfect person to share the Alibaba story to the world because of his unique point of view as an outsider as a westerner. Before writing this book about the founding and growth of Alibaba and Jack Ma, he worked for Alibaba for over ten years and is the writer and director of the famous documentary, “Crocodile in the Yangtze: The Alibaba Story.” He continues to share the Alibaba story with the world with the permission of Jack Ma and the Alibaba founding team. 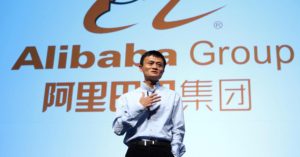 Jack Ma is the founder and CEO of Alibaba. His net worth now tops $15 billion and he continues to be the visionary for the future of the company. But it wasn’t always that way. In the beginning of the history of Alibaba, Erisman recalls his first meeting with the visionary as Ma haphazardly made a presentation about the company to a room full of business professionals.

Before deciding to build Alibaba and ultimately bring eCommerce to China, Jack Ma was an English school teacher that struggled to pass his exams in college. The media loves the story because of his humble beginnings and rightfully so. It’s not everyday that we see a visionary sprout from the ground with little background in the area that they eventually emerge.

At the time of Alibaba’s founding in 1999, Jack Ma couldn’t have been less of an ideal candidate to grandfather eCommerce into China, but he had a vision and he was relentless in his pursuit of achieving. In an upcoming column, I’ll mimic Porter Erisman’s final words in the book about the 100 lessons that he learned from working with Ma and what made him the right man for the job.

As we’ve seen with so many entrepreneurs and inventors throughout history, your ultimate guide to success depends very little on your past and very much on your vision and belief in that vision. Jack Ma fully encompassed that belief and he spread it contagiously to others.

The Alibaba Founding with Humble Beginnings

In the first few years of starting the company, Ma and his ragtag group of 17 founders worked out of the Alibaba apartment in Hangzhou, China. The small apartment was characterized as dark, smelling of body odor, unkempt, and an unconventional working space for the country’s next big Internet company. The founding team would regularly sleep on Ma’s floor in between shifts. The apartment quickly became a lore and cornerstone of the culture of the company once Alibaba started to take off.

Today, the Alibaba apartment is compared to the likes of the Apple garage in the sense that it was the place where eCommerce was founded in China. We always hear about founders starting from their apartment, garage, or basement as they struggle to build their initial idea into a product that can be shared with the masses.

It’s almost become a cliche because of how many actually attempt to start the next big Internet company out of their living space. For those that go on to reach international success, that founding location represents a time when the initial founders were the only ones that believed. They were the only ones that saw the future in a different light than how others were currently pushing the Internet forward.

It’s a magical time in a young company’s history when there isn’t much outside influence and everything is up to you and your founding team. The most memorable companies build their culture in that first sanctuary and allow those first years to set the tone for the rest of its history. Alibaba is not exception.

How the Alibaba Story Has Opened My Mind

Since starting to read the book, I wasn’t able to put it down. I read the first 100 pages in the first day I opened it, 100 the next day, and then finished it within the week. The story told so simply by Erisman opened my eyes to yet another story of how eCommerce is positively impacting the world. The book taught me more about the impact that a leader can have when motivated by the right vision and surrounded by the right group of people.

Alibaba opened its website in China when less than 1.0% of the country’s population was using the Internet. To most, the Internet was still something they had never interacted with and possibly never even heard of. The infrastructure at the time was so minimal, but Jack Ma saw an opening to bring eCommerce to the people of China in an effort to strengthen the country’s technological impact on the world as the dot com boom was happening and the western world was excelling on the Internet.

How did Ma and Alibaba make it so far in China at such an infant stage in the Internet? How did they inspire an entire nation to adopt online commerce in the span of 10 years?

These were questions that were running through my head as I read the story of Alibaba. I still don’t have the complete answer, but I have a much better idea of how Jack Ma made it happen.

The Battle with eBay and the Advantage of Home Turf

At the time that Alibaba launched its business, eBay, Yahoo, and other western tech companies were already forging the road into China on the Internet. The western companies saw a massive market full of potential and attempted to clone their US model to meet the demands of the Chinese people.

When Ma started Alibaba and slowly expanded into other areas of tech, he had the advantage that he knew the Chinese people better than his western competitors. He had stronger relations with the local and national governments giving him an upper hand in negotiating and making sure that Alibaba was accepted. Third, he employed Chinese workers who knew much more about the market and country than the western world.

Throughout the book, Erisman reiterates a saying that Jack Ma would continuously bring up to the Alibaba leadership team. The saying was to “be the last man standing.” Over the years, Alibaba would  do just that fighting to win market dominance over eBay, purchasing Yahoo! China, and slowly making their way into new tech industries.

Implications on the Rest of the World

The story of Alibaba in China has challenged me to think about the other areas of the world where the Internet is just starting to get adopted. Look at India where eCommerce and tech has sprouted up over the past 10 years with the mass adoption of mobile technology giving rise to hundreds of companies looking to create a similar world to what they see in the US, UK, and China.

There are an unlimited amount of opportunities around the world where populations will soon be craving for an eCommerce and mCommerce solution specified to their demographics and life habits. It’s so important that the next eCommerce leaders in emerging countries focus on customizing the experience to their market and not simply replicating the success of others in the Western world and China.

Over the coming weeks, I’ll be providing you with more insights from my reading of the Alibaba story by Porter Erisman. I highly recommend the book to anyone passionate about the eCommerce industry and the power of globalization.

I’m excited to be a part of such a global industry where advancements in technology are making the lives of consumers easier everyday. I look forward to the future when I can work on delivering clean water to the most remote populations of the world via eCommerce.

For a deeper understanding of how eCommerce has grown in the states over the past 5 years, head over to my column titled “5 Key Changes in eCommerce in the past 5 Years.”

Hey, I’m Connor Gillivan. Sign up for weekly SEO and digital marketing tips to drive 1,000s to your website.

He is the co-founder and CMO of EcomBalance , AccountsBalance, and Outsource School. His writing has appeared in Forbes, Inc, Entrepreneur, and other leading publications online. He has scaled multiple companies to 7 and 8 figures per year. He was the co-founder of FreeUp, which was acquired in 2019 by The HOTH. He lives in Denver, Colorado.

Hey, I’m Connor Gillivan. Sign up for weekly SEO and digital marketing tips to drive 1,000s to your website.

Learn to drive organic traffic to your website with SEO and digital marketing.