Common Characteristics of a True Genius

From an early age, John Mayer’s music has spoken to me and challenged me think about my life in a variety of different ways. The passion that he pours into his music inspired and motivated me to find similar passions that I could pour my all into. One of his live performances of “Bold as Love”, originally written and performed by the infamous Jimi Hendrix, is particularly special to me because of the words that he shares as he speaks to the audience.

Tonight, it triggered me to wonder:

“What makes a person a genius?”
“Are certain individuals born with the ability or is it an ability nurtured by one’s environment?”
“Are there common characteristics of geniuses?” “And if so, what are they?”

Now, I’m sure that many have studied this phenomena in the past, but I wanted to write about it based simply off of the experiences I have had learning about such individuals throughout my life. In this column, I will present common characteristics of geniuses and the mindsets that I believe shaped their historically profound achievements.

What is a Genius?

A genius is someone who truly believes that anything they can imagine is achievable. They push themselves to create a vision of something that has never been done before and they commit themselves to achieving it, sometimes at the unfortunate displeasure or loss of others.

Albert Einstein understood science at an extremely high level, but he always yearned for more. He understood the pinnacle of other scientists’ work and built upon it. However, he sacrificed time with his wife and children for years to maintain focus on his vision. In Walter Isaacson‘s biography, Einstein: His Life and Universe, he vividly illustrates the decision that Einstein made to live in an apartment hours away from his family for the sole purpose of being able to focus on his discoveries. While it led to severed relationships with his family, it allowed him to make significant breakthroughs in science. 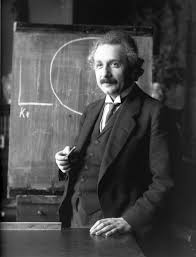 Steve Jobs had a vision of the future of the personal computer. As he attended computer clubs and experimented with what had been created at the time that he was in his early 20s, he saw a future where the computer would be an object that was a staple to every household in the world. He drove himself and others crazy in the process of achieving his vision however. In another Isaacson biography, Steve Jobs, his dedication and craze for ensuring every detail of each product that was released by Apple was perfect produced many severed relationships with his loved ones and coworkers. 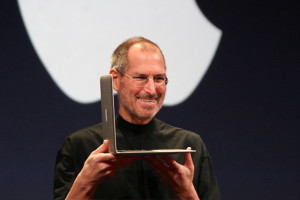 There are hundreds of examples of this quality in individuals throughout the history of the world who have made a difference in the way that we live and view things. It paints a clear picture that sacrifice in return of focus is a quality that geniuses possess.

Another extremely difficult quality to possess and hold constant throughout your entire life is focus. I don’t mean the ability to sit down and do well on a test for 3 hours. Rather, I mean fully committing your mind, body, and soul to achieving a vision that you have in your mind.

A prime example can be found in the life and career of Ed Catmull. 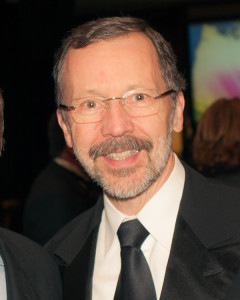 Geniuses Wholeheartedly Believe in their Vision

Unlike most people, geniuses have the ability to fully believe in their vision and ignore the people who doubt who they want to become. Above, we covered the quality that geniuses make sacrifices to ensure that their vision become a reality. To me, people would not make that sacrifice unless they were in full belief of their vision becoming a reality.

An example of such belief in one’s vision is Nelson Mandela, the former President of the democratic South Africa. Before South Africa became a democracy, it was ruled and segregated by the Apartheid government. 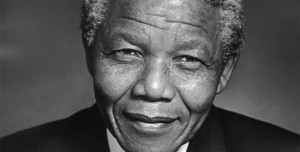 Being black, Mandela was neglected and oppressed for most of his life by the Apartheid government greatly limiting his access to jobs, proper education, and hospitable living conditions. After taking a stand against the Apartheid government with his rebel group, the African National Congress, he was sentenced to solitary confinement in a cell on Robben Island, a prison where blacks were kept while the government was being challenged by various opposing political parties.

For almost 40 years, Mandela lived on Robben Island envisioning ways to work with the Apartheid government that had incinerated him to create a democratic country. His belief that it could become a reality was so strong that he was able to forgive the horrible things that they were doing to him and the thousands of other blacks in the country.

His vision and the belief in that vision led him to become one of the strongest leaders that the world has ever witnessed. To most, they could not understand why he would forgive.

Why wouldn’t he fight and do to them what they did to him? Why?!

This question, posed by the majority of people both in South Africa and outside peering in, is what leads me to another common quality of geniuses: a tinge of craziness or ability to be unreasonable…in the eyes of the public.

Geniuses are considered to be Unreasonable

When you examine the smartest and most renowned individuals in our history, most would categorize or describe them as crazy, but not because they lacked efficiency in one part of their brain. Rather, because their imagination was two or three generation ahead of those around them.

When Jeff Bezos stated that he wanted to quit his high-profile job on Wall Street and create an “everything store” on the Internet, people gawked at the idea and deemed his crazy. Why? I answer because he saw the future of retail, not only in the next 20 years of the United States, but of the world in the next 100 years.

Another quality of geniuses is that they are extremely inquisitive with the purpose of wanting to understand how to solve problems.

For most, work becomes their life. However, for this special set of individuals, their life becomes a work of art. These individuals don’t commit their lives to work…they commit themselves to making their lives a work of art. They create a life that others can study, learn from, and pass on to future generations. These individuals never work a day of their life because they are merely fulfilling their dream that they have imagined and wholeheartedly believe in.

Geniuses are Motivated by Factors other than Money

Being motivated by money deters your focus. It is present in people who lack a true vision of the fulfillment of their life. They lack the ability to see a better life so they resort to the only means that they believe they can make it come true: money and material possessions.

And don’t get me wrong, these special individuals are not a poor folk. However, their monetary or material worth is merely a byproduct of the dream that they created and set out after.

And why is that? Because the boldest, brightest individuals are able to imagine ideas that no one else can. When they build that idea and share it with the public, the majority will pay the money to get just a tiny sliver of that greatness.

There’s a famous saying, “you always want what you can’t have.” A difference that distinguishes geniuses from the rest of the pack is that this rule simply does not apply to them. They rather think, “you can always have what you want…it just takes time, focus, and belief that you have the power to make it become yours.”

These special minds never settle that they cannot make something happen. “If you can imagine it, you can create it.” That is a special attitude that will always be challenged by the poor hearts. There will always be opposition and that is one of the most difficult aspects of maintaining a mind of genius. You must listen to the thoughts of others yet not let their negativity pull you away from your destiny.

For more content about entrepreneurship, strategic growth, and leadership, sign up to my newsletter. Every week, I will provide you with updates on content, exclusive offers, and free products.

Share your thoughts on the makeup of a genius in the comments section below. I’d love this article to start an intriguing conversation about how a genius can be characterized and what makes them different from the masses.

To find books about the influential individuals that I mention throughout this column, visit the Books section of the blog where you can see my top biographical recommendations. If you are interested in supporting ConnorGillivan.com, follow the link to Amazon.com where you can quickly check out.

He is the co-founder of EcomBalance and Outsource School. His writing has appeared in Forbes, Inc, Entrepreneur, and other leading publications online. He has scaled multiple companies to 7 and 8 figures per year. He was the co-founder of FreeUp, which was acquired in 2019 by The HOTH. He lives in Denver, Colorado.

Learn the skills, knowledge, and tools you need to be an 8 figure entrepreneur.